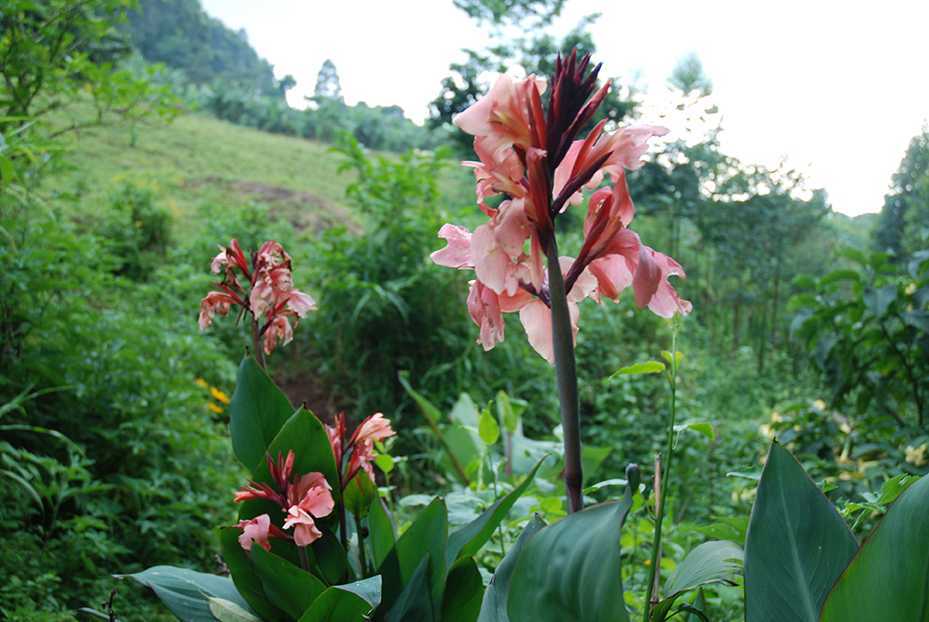 It has been silent for a while.

Despair sometimes wins the battle with hope but we keep trying to do what we can to go forward. We will not and cannot give up on our Sophia.

The search that took place in early May has not given us any true answers.
Sophia has not been found and is therefore still missing. We do not know if our questions will ever be answered. But we do what we can. We have no choice.

Accompanied by Max (our son, Sophia’s eldest brother), I (Marije) travelled back to Uganda in June. We travelled in Sophia’s footsteps, retracing exactly the journey Sophia started on Friday October 23rd.
We wanted to see what she saw , hear what she heard, meet the people she met and possibly feel what she may have felt.

It turned out to be a tough journey, both mentally and physically. Long drives on very bad roads were exhausting and it must have been the same for Sophia. Especially after eight weeks of intensive work in the hospital, with an abundance of new impressions and experiences, the weekend outings and the crowded student house she lived in during those weeks in Kampala.

We visited all the places where Sophia went and where she spent the night. In some cases we stayed in the same accommodation. We recognized many locations from the loads of photographs she took. Being in those places was often very emotional.

We met with people who had met her and remembered her vividly. For some it was a visible shock to hear that Sophia has still not come home and went missing on October 28th, on the sixth day of her journey through Uganda.

On June 28th we were at the spot where Sophia was last seen, the Student Education Centre in Murchison Falls National Park. We spoke with people there, walked around with a park ranger and when we asked them what they thought had happened to Sophia, what were their feelings, the answer, without fail, was : ‘We don’t know’.

We don’t know. It is horrible, in fact impossible, to have to live with this uncertainty, but not knowing also leaves room for hope. You can think the worst but there is no evidence.

It has been over nine months now that our lovely Sophia so mysteriously disappeared. Nine months is an unbearably long time not knowing where your child is, what happened to her, if she is still alive. How we have made it through those months; we don’t know. What we do know is that nine months is too short a time to give up on our girl who is missed so intensely. And we will not and cannot do that.

We feel supported by many people around us, here and in Uganda . We are grateful for their support and will accept all the help offered to us.

We will do our best to keep you informed. 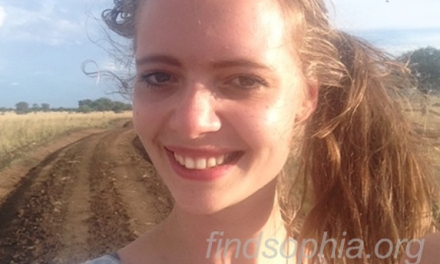 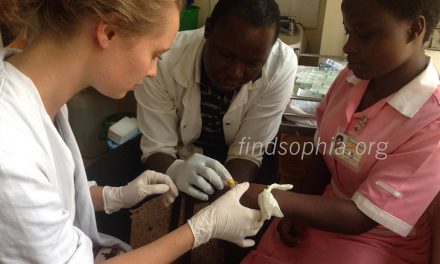 Over a year ago 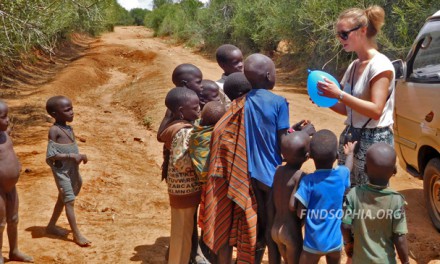 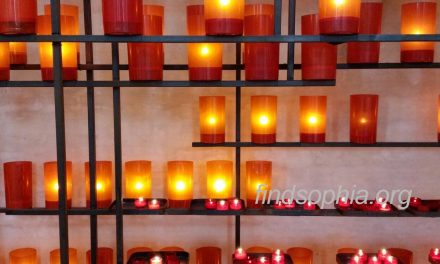