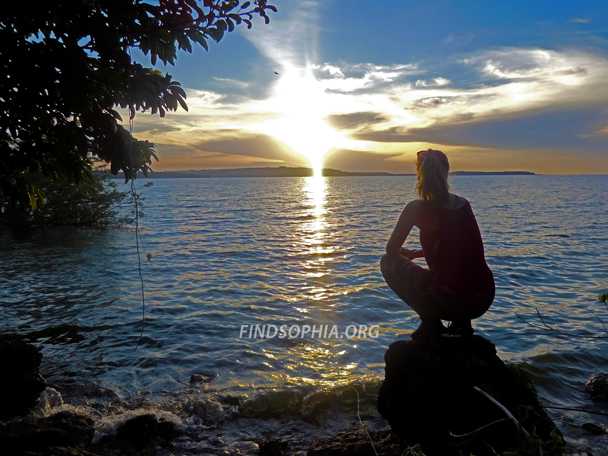 Amsterdam – February 29th 2016 – At the request of the Koetsier family the Find Sophia Foundation –IBAN NL34 RABO 0169 9179 32- has been established to collect funds in order to finance a search operation to find their missing daughter Sophia Koetsier. Sophia went missing on October 28th 2015 at Murchison Falls, Uganda. Several attempts to find her have so far been unsuccessful which is why additional funding is needed.

Facts about her disappearance
Medical student Sophia Koetsier left the Netherlands on August 30th 2015 to start an internship at the Lubaga hospital in Kampala, Uganda. After successfully finishing this internship a safari with friends followed. Sophia was due to return home on November 10th 2015.

On October 28th 2015 they arrive at the Student Center in Murchison Falls National Park, their accommodation for that night. Sophia says she is going to the toilet and has not been seen since.
Within 15 minutes a search party has been formed with several park rangers, to search for Sophia. She is not found.

The next day a water bottle, known to be Sophia’s, is found near the river. In the days that follow several pieces of fabric are found, possibly from clothing that got torn earlier on in her journey.
There is no physical evidence showing Sophia was attacked by wild animals, according to local authorities, nor any evidence that she entered the water. The bits of fabric that have been found were possibly left there by Sophia herself and do not show any bite marks or other traces that point to the scenario mentioned above. Since finding those items near the river, no more traces of Sophia have been found and it is a complete mystery what could have happened to her.

Search operation
After extensive consultation with several specialists, with expertise in missing person cases abroad, it has been decided to organize a broad search operation in order to find Sophia. This operation by a Dutch forensics team will first of all focus on finding Sophia in the area where she was seen last or finding leads to her current whereabouts. At the same time we will distribute her picture through posters, billboards and a media campaign, to ask the people in Uganda to help find her.

Find Sophia Foundation
The Find Sophia Foundation first objective is to facilitate the search operation for Sophia. Aside from that this foundation will have a more permanent character to serve a wider community purpose. Based on this and previous experiences regarding missing person search and rescue operations abroad, this foundation will be able to offer swift assistance in future cases abroad and develop an efficient plan-of-action to speed up the process that starts the moment someone goes missing.

Grateful for local efforts and help from authorities
We, Sophia’s family, are grateful for all the help that has been offered by local and Dutch authorities with regards to her disappearance. Unfortunately this aid has not yet lead to the breakthrough in finding her, nor has it given any hope for an expeditious ending of this nightmare. The excruciating insecurity in which we, her family, are living in day and night since October 28th, is devastating.

We, her parents, brothers, family en friends of Sophia, have no choice but to continue searching for her until we find her. Doing nothing is not an option.

We cannot finance this operation by ourselves and we desperately need the support and donations of the public to find our daughter.

Investigation into the case of Sophia Koetsier, missing in Uganda, possibly on hold due to insurance company’s refusal to guarantee costs of search